The History of Pine Brook Stadium

In the late 1950s and the early 1960s, the TQ Midgets of the American TQ Midget Racing Association were featured every winter in a series of indoor races in the Teaneck, NJ, Armory. Those races inspired Dick Marlow, a resident of nearby Ridgewood and a high school classmate of Chris Economaki, to build an outdoor track specifically for the TQs. Until that time, the only races the TQs ran in the warm-weather months were as “special added attractions” at places such as Old Bridge Speedway and Wall Stadium, both also in New Jersey.

The new track was constructed on the site of a defunct semi-permanent amphitheater, known as the Melody Top, located on US Route 46 at the intersection of Bloomfield Avenue. The Melody Top attracted many of the big names in entertainment in its time, but by 1961 it went out of business and the site was available for lease. 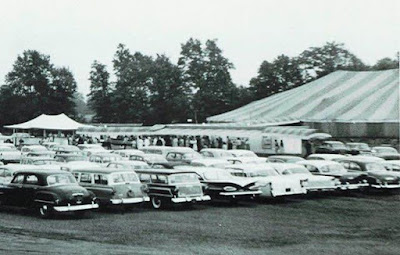 Despite popular support in the racing community, the Pine Brook Speedway was not a profitable venture for Dick Marlow, and these financial considerations caused him to throw in the towel at the end of the 1964 racing season. He told the ATQMRA that he would not be opening the speedway for 1965.

The ATQMRA did not want to see the track close, and so the club itself took over and opened the speedway for the 1965 season. The ATQMRA was able to break even where Dick Marlow had not, primarily by having eliminated a layer of management and being able to staff key positions with unpaid club members instead of paid labor. Still, the ATQMRA ran the track only for the 1965 and 1966 seasons, at which point Jack Dowie, one of the founders of the ATQMRA in 1956, took over the reins.

Behind every great man is a great woman, and Jack Dowie’s wife, Wilhelmina (known to everyone as “Willie”) was very much his partner in the venture. Willie had staffed the Pine Brook box office on Friday nights since the first race, and in fact she continued to do so long after her husband’s passing years later. The Dowies changed the name from Pine Brook Stadium to Pine Brook Speedway and ran the track with a constant eye on the bottom line. This often caused them to be accused of being cheap, but their careful money management kept the track operating in 1967 and beyond.

In the 1980s, Jack Bellinato, a former stock-car racer and for a brief time promoter of the New Egypt Speedway, partnered with the Dowies and then assumed the promoter’s role upon the passing of Jack Dowie, a position he then held through the track’s closing at the end of the 1989 season.

The track, built on leased land, closed when the landowner sought to pursue more profitable development options, and today a Home Depot stands on the site.  Jack Bellinato held a dream of building a replacement track nearby, and investigated several potential sites, but he died in 1992 before a location could be secured.

Ultimately, the Pine Brook Stadium ran for 28 summers, 1962 through 1989, showcasing the ATQMRA TQ Midgets for the entire history and adding the AMSRA Micro Stocks in the 1980s.  The “mini-stocks” of the Foreign Compact Racing Association were born at Pine Brook in 1963 but raced there only a handful of times as they proved to be too big for the one-tenth-mile oval.  A single flat-track motorcycle event took place there in the 1960s and Montville Township, which encompassed the community of Pine Brook, held its July 4th fireworks display at the track in 1964. 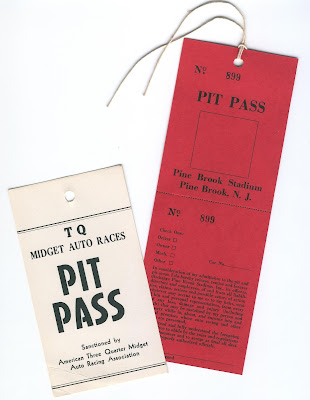 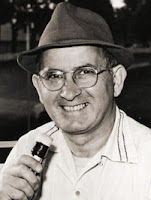 Nat Kleinfield, arguably the best speedway publicist and announcer in the region, handled those responsibilities at Pine Brook from opening day, until suffering a career-ending stroke midway through the 1966 season. At that point Dick Marlow began serving as the announcer. 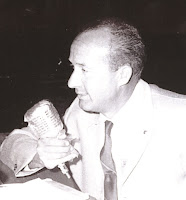 Bob Marlow continued as Pine Brook's announcer through the 1986 season, after which he chose to step aside and his friend and colleague Earl Krause took over the duties. 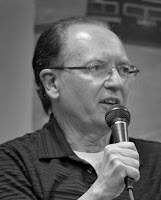 Earl Krause was Pine Brook's last announcer, serving until the track's closure in October of 1989.